The Change Starts With You

Make A Difference to Your Canals Today

Who are the SWfA

Welcome to the "Scottish Waterways for All" web site.

Scottish Waterways for all is an organisation for all volunteering groups, boating groups, charitable societies and others with an interest in the heritage and on-going sustainability of our canal network in Scotland.

A directory of current members can be found here. If you or your organisation are interested in becoming a member & joining the SWfA, participating in the activities on the canal, or assisting with the important work we carry out, please do get in touch ~ your contribution will be most welcome.

Within this web site, members can submit topics or concerns for consideration and discussion by the SWfA management committee, as well as being kept up to date with future and current projects & events on the canal network.

Minutes of management meetings, together with notification of future Agenda are located in the members area of the web site.

Keep up to date with all the latest news from the SWfA by subscribing to our newsletter here. 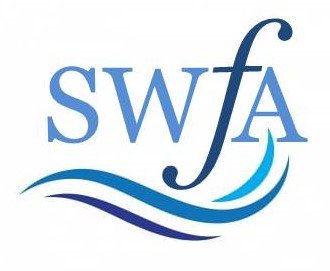 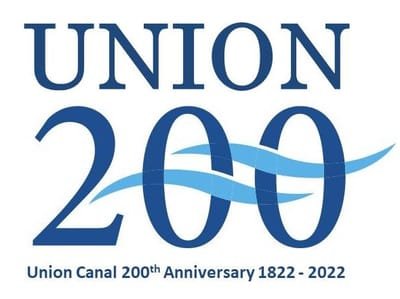 Scottish Canals is gearing up for a big year of celebrations as 2022 marks the 200th anniversaries of the Union and Caledonian canals opening. 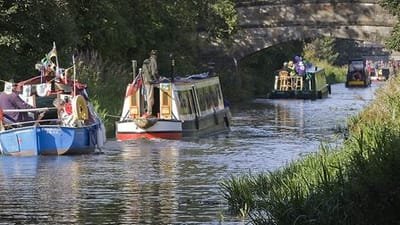 END_OF_DOCUMENT_TOKEN_TO_BE_REPLACED

Scottish Canals have 3 members on the management committee of SWfA

END_OF_DOCUMENT_TOKEN_TO_BE_REPLACED

Based in Linlithgow, LUCS is one of the longest established charitable societies operating on the Lowland Canals

END_OF_DOCUMENT_TOKEN_TO_BE_REPLACED

Based in Linlithgow, LUCS is one of the longest established charitable societies operating on the Lowland Canals

END_OF_DOCUMENT_TOKEN_TO_BE_REPLACED

The Minutes of All Previous Meetings will be posted here within one month of being adopted as an accurate record of the meeting.

Click on the Minute to open a pdf copy.

The Agenda for future SWfA meetings will be published here as soon as it is available.

If you would like any items to be considered for a forthcoming Agenda, please use the Submit Info Form

The Next Management Committee Meeting will be held on 27th January at 10:00am

Supporting Documents for Meetings will be listed here ...

Presentations from Previous Meetings will be listed here

Use this form to submit items to the Committee for consideration and discussion at the next Committee Meeting.

Please give as much information as possible.

There is scope to attach images or additional documents to explain your subject matter.

All submissions will be considered and responded to or added to a meeting Agenda as soon as is practicable to do so. 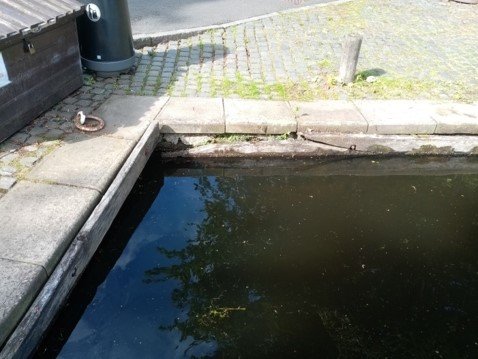 Current Projects will be listed here

This is a generic article you can use for adding article content / subjects on your website. You can edit all of this text and replace it with anything you have to say in your news/topic article. 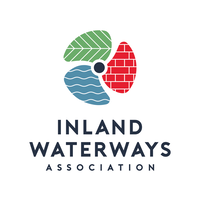 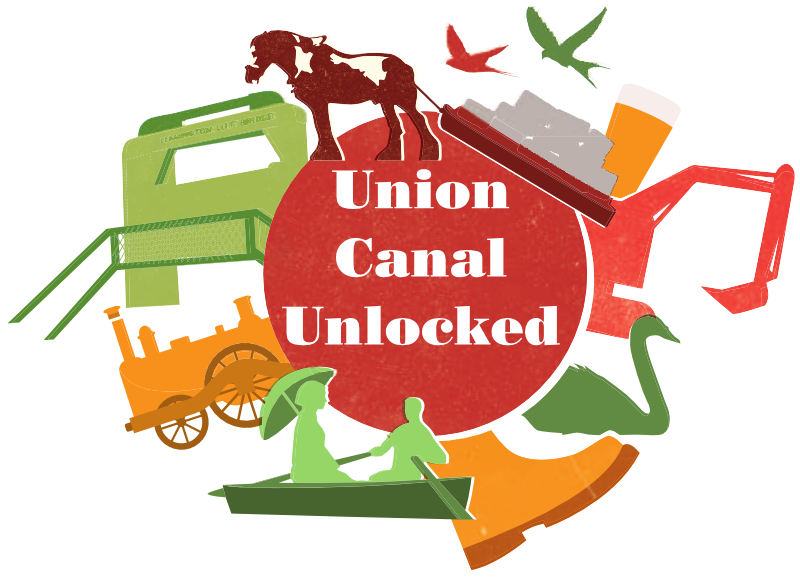 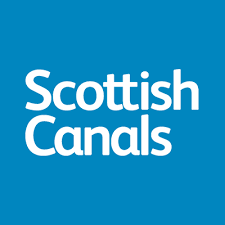 The annual Scottish Canal Volunteer Awards is relaunching on 1st April 2021, culminating in the award presentations to be held at the stunning Falkirk Wheel Visitor Centre on the evening of 1st October 2021 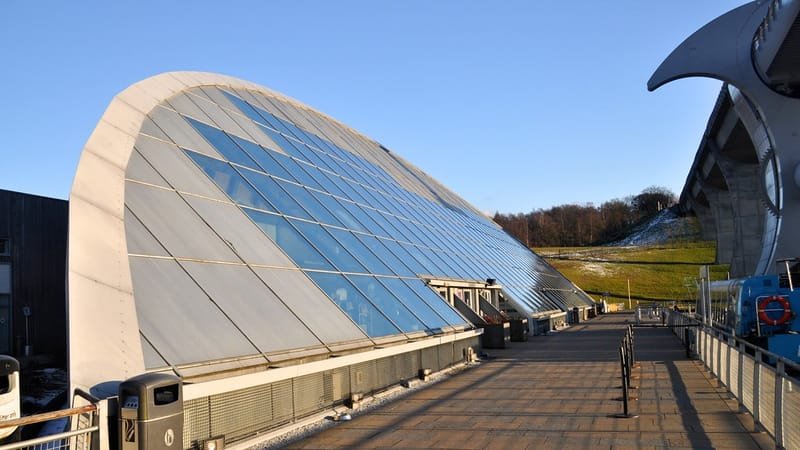 November and the boats were getting their makeovers. Flowers, lights, musical instruments and coloured items were becoming a reality. The plan for Saturday evening was for the boaters to assemble at Slateford Aqueduct, about 2½ miles from the end of the canal, have a safety talk and then proceed slowly with all their decorations lit up and music playing from Harrison Park to Lochrin Basin at the end of the Union Canal near Edinburgh city centre. The plan was to arrive there at approximately 7 pm.

During the last expedition, the elements were not kind, with wind and rain dampening the fun. This year there was almost a full moon, the skies were clear, visibility was perfect and the weather was dry.

Individual boaters had made their way along the canal from their home moorings as far afield as Falkirk. Ascending the Falkirk Wheel, which is the connecting link between the Forth and Clyde Canal and the Union Canal is an amazing experience.

Once through the locks at the top of the Wheel the canal meanders at the same level all the way to Edinburgh through two tunnels, under many bridges and over aqueducts above deep valleys. The bridges and aqueducts range from 200year old stone arched structures to modern concrete or steel bridges which were built when the canal was reopened twenty years ago as part of the Millennium Link project.

The banks of the canal were decorated with the dying colours of autumn, past sleepy villages, waterside pubs, wide open fields and ancient beech groves. The boats glided gracefully through the water leaving gentle waves skirting behind them. On the banks were ivy entwined trees, large ferns, white willow herb seeds and a watery winter sun. In the fields was straw stubble, one field was being ploughed and beside the rich, deep, brown soil flocks of seagulls were looking for food. The tractor slides its blades into the soil as the boats cut their way through the water. The only bright colours were the splashes of yellow gorse and the red berries of the hawthorn and the holly. There were splashes as ducks, moorhens, swans, herons and even the occasional hawk was disturbed by the passing boats. Fallen leaves floating on the surface water were like old copper pennies, many birds scurried to the sides to take refuge in the reed beds as boats passed by. The weeds in the canal had been cleared recently by the bank staff of Scottish Canals and volunteers which made the journey easier. However, it was noted by several boaters that dredging was still needed as some boats were scraping along the bottom.

The main event had been preceded by a gathering on the Friday night at the Almond Aqueduct for a BBQ, bonfire and fireworks. The sky darkened as the stars and night sky glowed with the flames of the fire. Music, singing and the joy of community added to the warmth of the evening.

The Flotilla of Light has been an event organised by the Lowland Canal Association for the past 4 years and this year it was renamed to commemorate the work undertaken by Ronnie Rusack in maintaining a living and working canal system for all to enjoy.

This year 12 boats participated. All the lowland canal marinas had been leafleted and copies were also distributed to the Schools around the canal. On the back of the leaflet were instructions on how to make a lantern. The children were asked to participate in the event by making lanterns to hold along the last stretch of the canal to welcome the boaters. The boaters in return would throw wrapped sweets to the children on the bank. It was interesting to note that when the boats arrived, children were able to shout that this boat has Quality Street sweets and the next one has Celebrations.

The boats were all lit up with the sparkling lights reflected in the water. This was mirrored by the twinkling stars in the sky as the evening darkened and more stars appeared. The gentle silver of moonlight contrasted with the bright lights of the city buildings as the boats approached Leamington Bridge. The myriad of lights on the water gave it an almost magical appearance. One pirate boat gave the illusion of smoke, one was dressed like a dragonfly and others had families aboard enjoying the event. The sounds of music drifted across the water and the voices of children on the bank led to a warm atmosphere of celebration.

The main person organising the event was Pierre Potel, known in the past for his fetching outfit as a mermaid. Pierre is a jack of all trades with a wealth of understanding about boat maintenance and the canals. He is also the bonfire and firework expert having done that task for the last 4 years.

In addition, this year the Lowland Canal Association introduced a photographic competition which has still to be judged. So far, the photos received have reflected the beauty and magic of the night. It was a wonderful event and our thanks and gratitude go to everyone who not only participated but also helped to make it the successful event it was. The memories will last a lifetime. 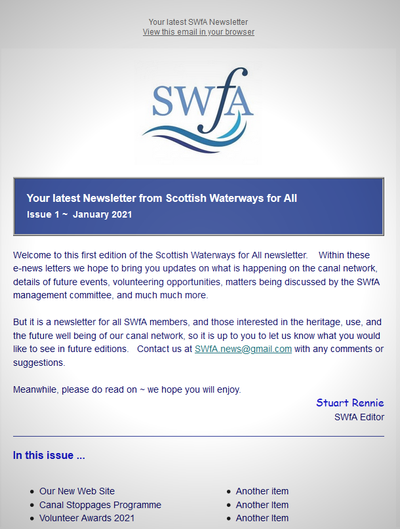 To keep up to date with everything that's happening in the SWfA, you can subscribe to our free email news letter.

Issued on a regular basis, the newsletter covers many subjects of interest to those with our canal network at heart, including details of future events, volunteering opportunities, matters being discussed by the SWfA management committee, and much much more.

It's easy to subscribe here, and you can unsubscribe from the list at any time.
I BUILT MY SITE FOR FREE USING